It's almost autumn in the Polar Bear Capital of the World, which means that very soon the town of Churchill will be full of tourists hoping to see these Lords of the Arctic in their natural habitat. Here are a handful of facts about our autumn visitors that you may not know.

1. Two-thirds of the world's polar bears are found in Canada 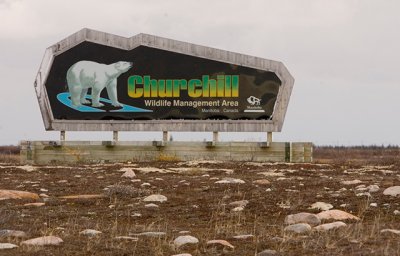 There is an estimated 20,000 - 25,000 polar bears in the world, split into 19 sub-populations over five arctic regions: Canada, Russia, Alaska, Greenland and Norway. Of these regions, 13 of the sub-populations - about 70% of the world's polar bears - are found in Canada. The western Hudson Bay population of polar bears, which spend their summer and autumn in and around the Churchill Wildlife Management Area, is estimated to consist of roughly 1000 bears. 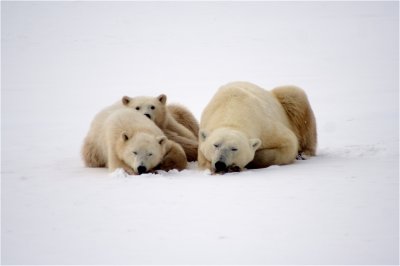 If there is one thing that you think you know about polar bears, it's that they are white. But really, they're not.

Technically speaking, polar bear fur is colorless. Each strand of fur is transparent and pigment-free with a hollow core which reflects light, giving the impression of being white in certain lights. 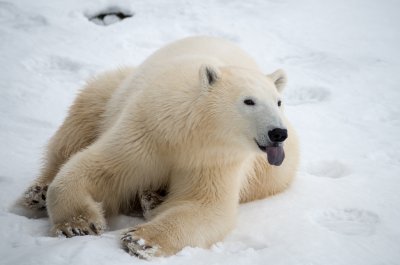 Polar bears have black skin but we don’t know why. Maybe dark skin helps to keep the bear warm by absorbing heat, or maybe it’s just a quirk. Even polar bear tongues are dark, often ranging from blue, to purple, and sometimes black.

4. They fast during the summer 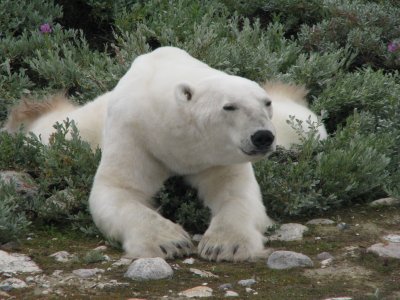 The Churchill polar bear population is forced on land during the summer months as the sea ice on the Hudson Bay melts. This means that during the time the polar bears are on land (roughly laete June to late November) they don't have access to their main food source, which is ringed seal. Although polar bears may find carrion or other items to eat during their time on land, for the most part these are required to fast for several months until they can return to the ice in late November to resume hunting. Often the bears we see in the summer are quite lethargic and spend time cooling themselves in the Hudson Bay. 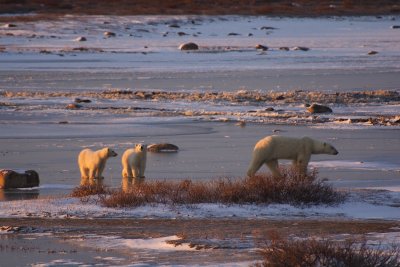 Polar bear physiology is an amazing thing. Polar bears are one species that benefit from what is known as "delayed implantation". This means that although polar bears generally mate between April and June on the sea ice, the fertilized eggs will not actually implant until late in the autumn, and will only implant if the bear has gained enough weight during her hunting season.

This is quite beneficial for females who did not have a successful hunting season and thus would not physically be able to support a pregnancy. Once a pregnancy has started, the female does not return to the sea ice, but instead moves in land to find a maternity den. During her entire time in the den—four to eight months—the female bear doesn't eat or drink. When she finally emerges with her cubs, she leads them to the sea ice so she can break her long fast by hunting seals.

Want to spend more time with polar bears? View our Polar Bear adventures to learn more about our adventures in Canada's north.