July 15 is Arctic Sea Ice Day. Our friends at Polar Bears International declared this as an international day to bring awareness to the melting sea ice and how we can reverse the trend.

Why should we care about sea ice? Here are 10 facts from Polar Bears International about this remarkable part of the Arctic ecosystem

1. Sea ice is as important to the Arctic ecosystem as soil is to a forest. 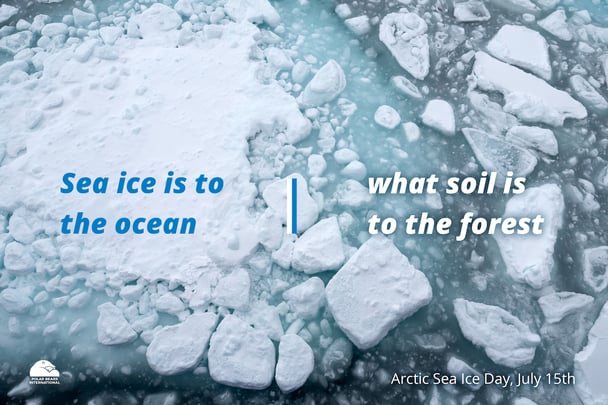 The food chain begins with algae and other tiny organisms that live on and within the sea ice. Arctic cod feed on them on the small organisms. Seals eat Arctic cod. And polar bears prey on seals.

Polar bears rely on sea ice as a platform for them to hunt seals and gain the valuable calories needed to sustain them through long fasting periods. The polar bear’s main prey, the ringed seal, relies on sea ice, too—for giving birth to and raising their pups.

3.Arctic sea ice is important to people living in the North, providing a platform for transportation and increased access to food resources. 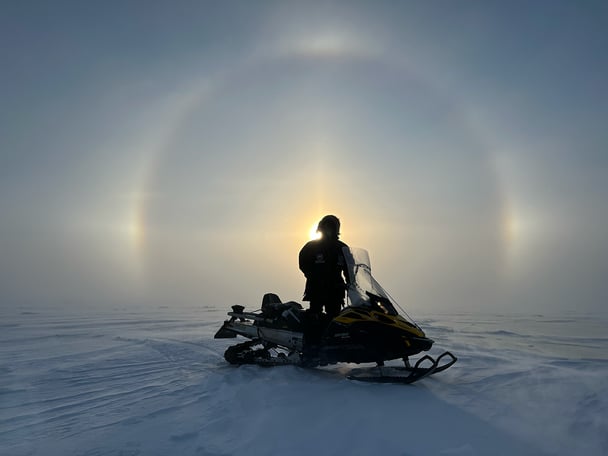 Polar bears are not the only ones who rely on sea ice, people need it too. The Arctic is sometimes referred to as the Earths air conditioner because sea ice helps cool the planet by reflecting some on the sun's light and heat back into space. It also provides access and increased hunting resources to remote northern communities. 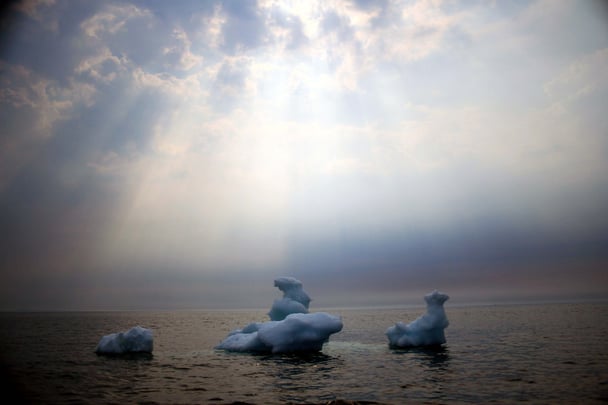 The ocean acts like the worlds circulatory system regulating the climate system by circulating heat, moisture and nutrients around the planet. As sea ice declines and the ocean absorbs more heat there are disruptions in the system and global impacts that can lead to more frequent and extreme weather events around the world.

5. Arctic sea ice is declining in thickness and extent due to human-caused climate warming 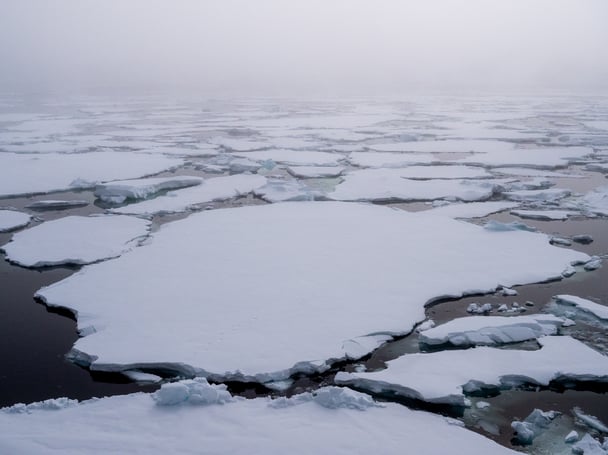 Just as a warm summer’s day melts the ice in a glass of water, a warming planet causes Arctic sea ice to melt. The burning of fossil fuels such as coal, oil and gas release emissions into our atmosphere and these emissions can act like a heat trapping blanket around the Earth.

6. Some sea ice still remains in the Arctic year-round, with the lowest extent occurring each summer in September

Despite year-to-year variation, satellite data show that the rate of sea ice decline for September sea ice is 82,300 square kilometers (32,000 square miles) per year, or 12.8 percent per decade compared to the 1981 to 2010 average. That’s like losing an area the size of South Carolina or New Brunswick every year.

7. A new study shows that without action to reduce heat-trapping emissions, Arctic open-water periods are projected to lengthen dramatically by 2100.

8. Without action to reduce greenhouse gas emissions, the probability of ice-free summers in the Arctic increases significantly from the middle to the end of this century. 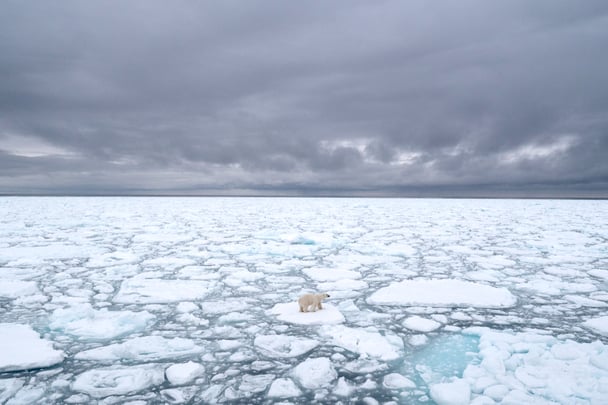 Today, there is more thinner, seasonal ice in some parts of the Arctic compared to the thicker, multi-year ice that used to be more common. This young ice is much more vulnerable to rapid melting and moves more easily, resulting in a treadmill-like effect for polar bears trying to find their next meal or mate. This causes the bears to burn more energy to find food, which has consequences for their health and, eventually, population-level impacts.

9. The last 15 years have had the lowest 15 sea ice extents in the satellite record, according to NASA and the National Snow and Ice Data Center. The amount of old, thick sea ice is the lowest it has ever been. 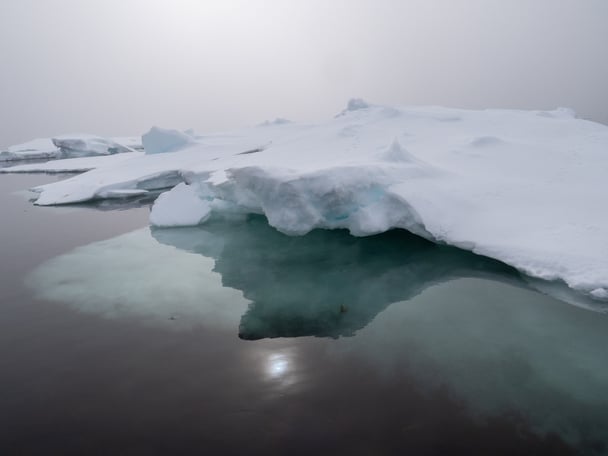 Despite the threats, it’s important to remember that it's not too late to save Arctic sea ice. Studies show there is no tipping point. The ice will rebound if we work together now to shift away from fossil fuels, replacing them with renewable energy sources like solar and wind. Not only will this help reduce the carbon emissions that are causing the planet to warm and the sea ice to melt, it will also create jobs, strengthen the economy, and improve the overall environment and our health.

10. The Arctic and sea ice is not beyond your influence

Every person can step up and have a role in saving Arctic sea ice. Visit PBI's Arctic Sea Ice page to learn about how you can help save Arctic sea ice.

Learn how you can embark on a meaningful adventure