Every July and August, approximately 4,000 beluga whales migrate into the Churchill River to feed, give birth and frolic around in the warm waters. It’s a phenomenon that excites both locals and travellers from all over the globe and has earned Churchill the title of Beluga Whale Capital of the World!

Here are five fascinating facts you should know:

Beluga whales travel at an average speed of 2-6 mph (3 to 9 km/h) and are capable of short bursts of speed up to 14 mph (22 km/h). This pace is much slower than most whale species; for example, orca whales can swim up to 28 mph (45 km/h). Lucky for beluga whales, slow and steady wins the race! 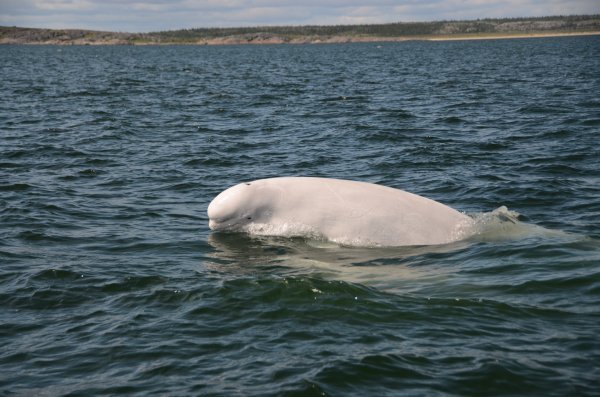 A beluga whale consumes approximately 27 kilograms (60 lbs) of food per day. If that doesn’t seem like much to you, 27 kilograms of spaghetti is enough to feed 600 people!

3. A Beluga Whale’s Snot is an Important Research Tool

Yes, you read that correctly! Snot, boogers, a bat in the cave – whatever you want to call it, that’s what researchers are collecting to learn more about beluga whales. They do this because a whale’s snot contains hormones that tell us their stress levels, and may even reveal the potential causes of their stress. 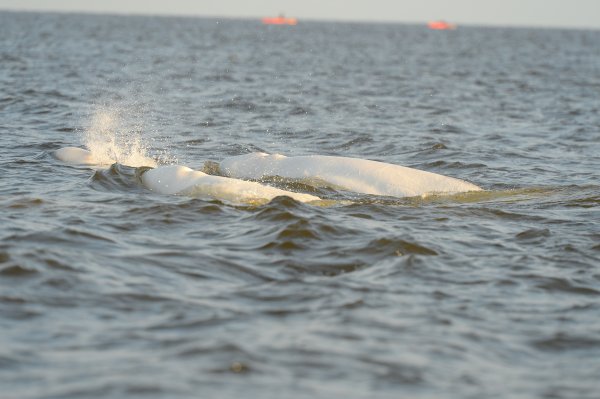 4. Beluga Whales are One of the Most Vocal Types of Whales

Often called the "Canaries of the Sea", they are known for their iconic squeaks, pops, whistles and chirps that communicate with other whales around them. Check out the recording below from BBC Earth to hear some of these incredible sounds!

5. Females Do Not Give Birth Every Year

For beluga whales, gestation (pregnancy) lasts for approximately 14 months, followed by a nursing period of around 18 months. Because of lengthy pregnancies and calves’ reliance on their mothers, females only reproduce approximately every 3 years!