5 Things About the Northern Lights You May Not Have Known

The Northern Lights is a fantastic natural phenomenon that has mesmerizing people for years and we are no exception. With Churchill, Manitoba being a top destination for viewing the Northern Lights we spend a lot of time looking up in awe and wonder.

We decided to put together some of our favourites facts about the Northern Lights that are a bit less know.

That's right — 8 light minutes away our very own star, the Sun, who responsible for life as we know it also creates the northern lights. On the surface of the Sun teeny, tiny protons and electrons interact with each forming plasma. Normally this plasma flies off of the Sun in the form of a solar wind, but sometimes the plasma gets trapped on the Sun, forming a condensed ball of plasma (charged particles.) The pressure builds and builds until the Sun can no longer hold it in and the result? The Sun produces a giant solar belch, releasing that condensed ball of charged particles into space. Scientists call this a Coronal Mass Ejection or a CME. There is still a long journey to go before the dancing aurora borealis reach our eyes in Churchill, Manitoba, this is merely the first few steps. 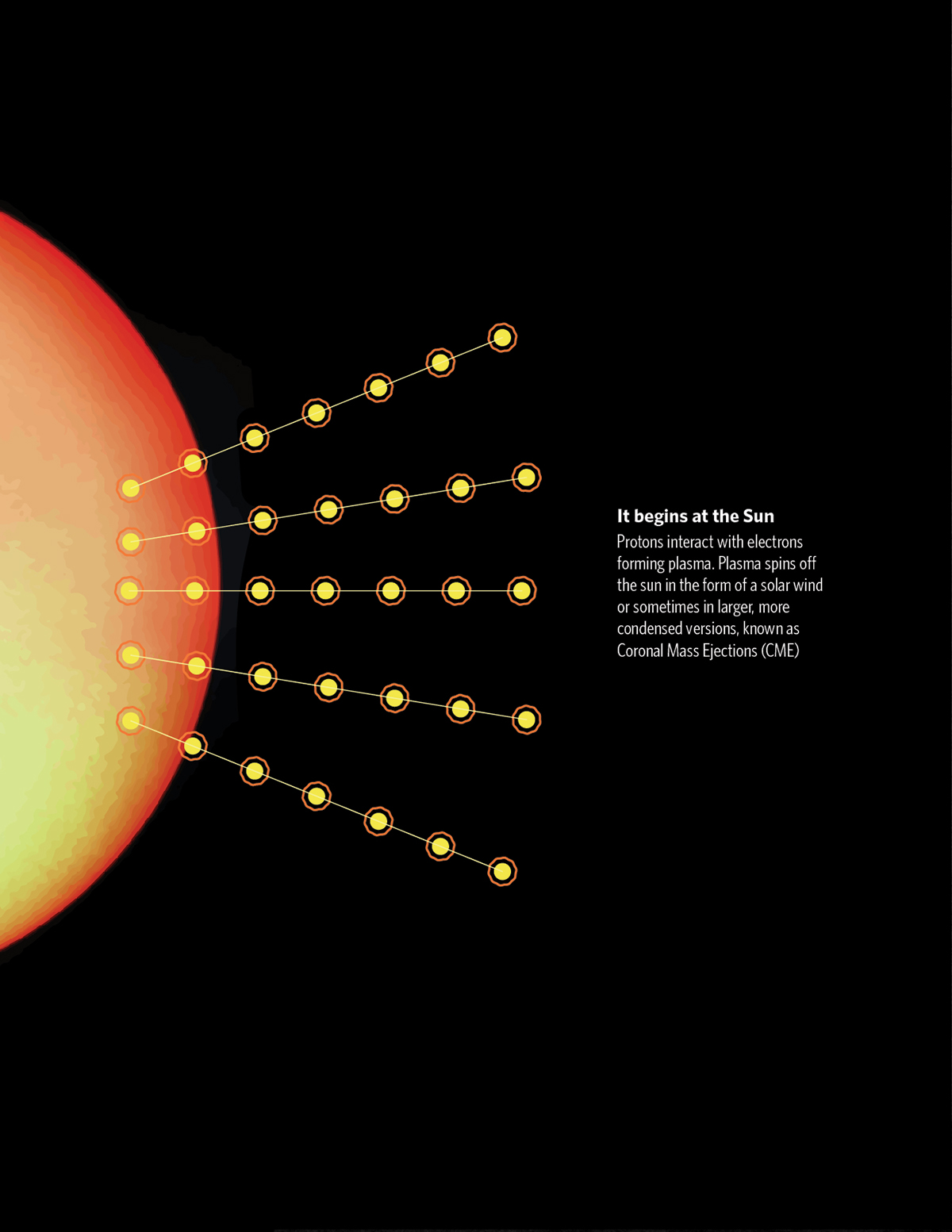 You might have heard that the northern lights are a result of charged particles interacting with molecules in our atmosphere, but what does that really mean and why does it result in lights?  The answer, is photons, when charged particles interact with oxygen or nitrogen the charged particles give oxygen and nitrogen an extra energy boost, an energy boost which neither oxygen nor nitrogen want! To get rid of this extra energy oxygen and nitrogen will emit a photon, which is a tiny flash of light. One photon would be pretty hard to see, but this is happening billions and billions of times. Those billions and billions of photons are what create the northern lights we see in our night sky. 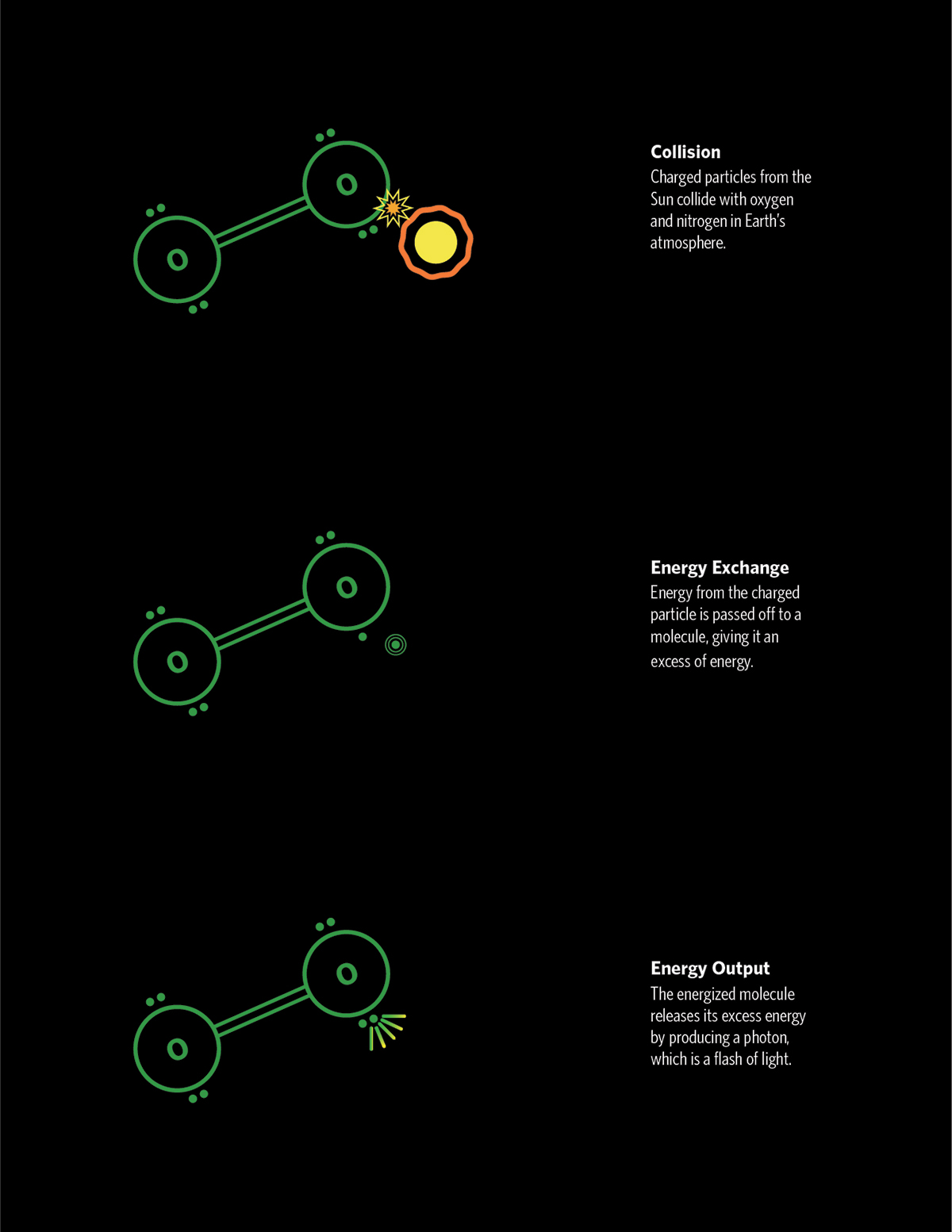 Although more abundant in our atmosphere we don’t see nitrogen react as often as oxygen. The molecular structure of nitrogen is less reactive than that of oxygen and this could be one of the reasons we see less nitrogen related aurora. 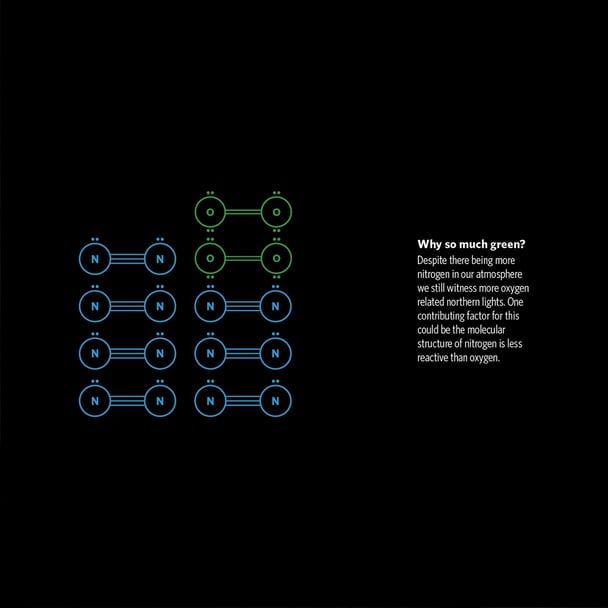 3. The colours can be Different and The Lights can act differently

There are different colours to the northern lights. The most common colour is green, which is produced by oxygen, but oxygen can also create red aurora, higher up in our atmosphere. Nitrogen is responsible for the pinks and purples at lower atmospheres in our night sky. Scientists also believe that hydrogen and helium produce blues and purples, high up in our atmosphere, but also note that these are very difficult for the naked eye to see.

You may have noticed in pictures, videos or in real life that no two aurora borealis displays are the same, in fact you might have noticed that some are drastically different. This all comes down to the size of a solar wind or CME and the rate and speed at which particles enter into Earth's atmosphere. Scientists categorize northern lights into two different categories: diffuse and discrete. The discrete northern lights are the more solid arcs and rays whereas the diffuse northern lights are more patchy and pulsating.

4. You Can See the Northern Lights From a plane. 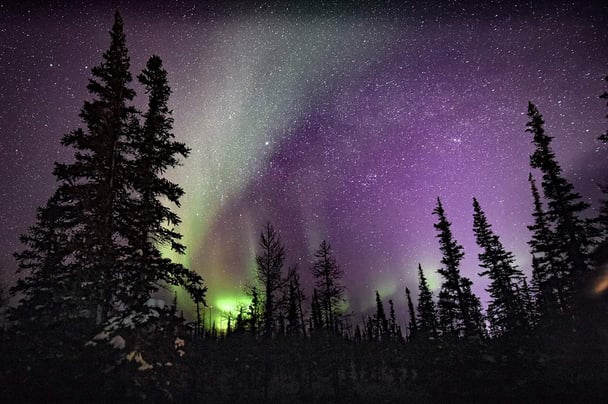 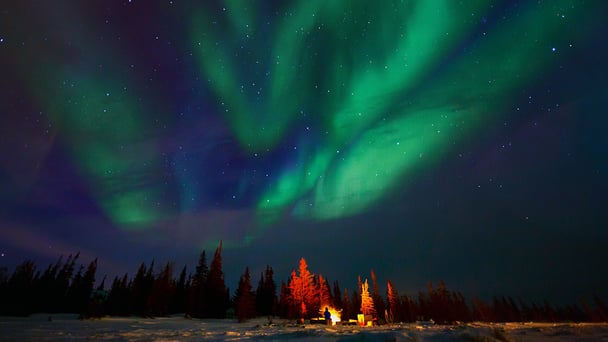 There are many planets that have auroras; Jupiter, Neptune, Saturn and Uranus have auroras, they have magnetic field similar to Earth's and as a result we see aurora in their northern and southern hemispheres. But did you know that despite not having a magnetic field Mars and Venus have all had instances of aurora? In addition to that scientists have also identified moons in our solar system that experiences the phenomenon of aurora. Ganymede,  Io and Europa, some of Jupiter's many moons, experiences aurorae. The colour of each planet or moons' aurora depends on the gasses in their atmosphere.