We love to inspire travellers all over the world to visit Churchill, Manitoba to experience the beauty of Canada's North, and what's more inspirational than a great book? Here's a short recommended reading list for the story lovers on your crew. 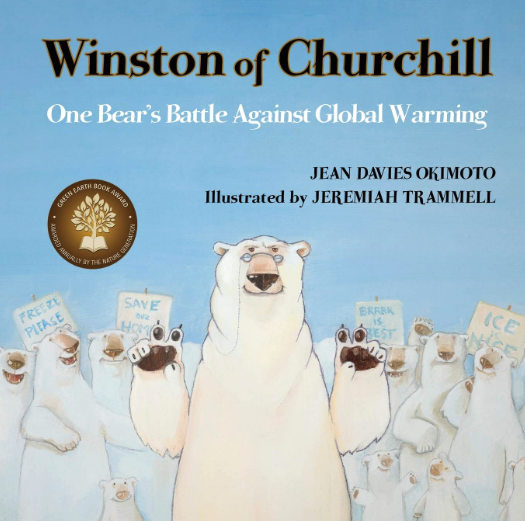 Winston the bear lives in Churchill, Manitoba, the polar bear capital of the world. Much like a certain other famous Winston, when Winston the bear speaks, others listen. He rallies the polar bear community together, and urges them to join his campaign against global warming. He writes and distributes a book on the subject, and secures everyone's support on the issue - everyone except one surprising naysayer. His wife!

She points out Winston's hypocrisy - the ever-polluting cigar he smokes. If he wants to change the world so badly, he's going to have to start with himself. Winston can't help but agree, and decides to quit smoking, thereby inspiring the other bears to go public with their green message.

A wonderful, accessible addition to the green-themed titles for younger readers! Some fun extras in this story include Winston's own "book" and some further information about climate change and about our hero's namesake, Winston Churchill. 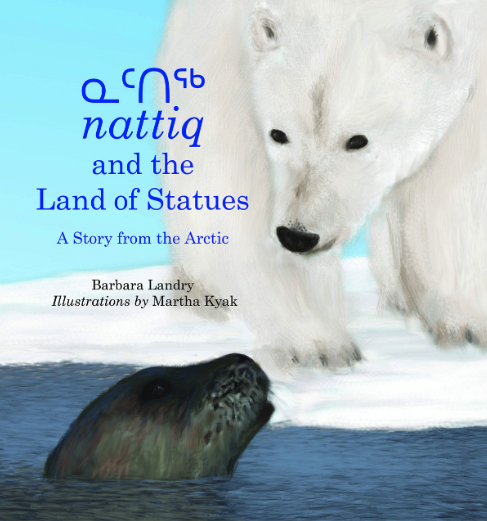 In this charming story that includes words in Inuktitut, a ringed seal returns to the Arctic with stories of discovery and friendship.

A ringed seal, known in Inuktitut as ᓇᑦᑎᖅ nattiq, has returned to his Arctic home after a long journey south. His friends — a polar bear, caribou, raven, walrus and narwhal — gather round to hear about his trip.

“What did you see beyond our land?” shouts the polar bear.

ᓇᑦᑎᖅ nattiq describes the amazing sights he has seen — from crystal clear waters full of giant icebergs to the tundra in full summertime bloom to strange, tall statues, far to the south. The statues swayed in the autumn breeze, howled when winter storms set in and opened their arms to nesting birds in the spring.

“They can never come and visit us,” ᓇᑦᑎᖅ nattiq explains to his friends, and so he plans to return south every year to tell them stories from the Arctic.

What’s there to say about polar bears? They’re big. They’re mean. They eat things. Bor-ing. At least that’s how Sophie feels when she sits down to do her homework.

But then something decidedly unboring happens—Sophie is whisked away to the Arctic by a jovial polar bear named Olafur. In a whirlwind of a day, he shows the reluctant Sophie the many brilliant things there are to see in his home, from glacier mice to the northern lights. Sophie begins to learn that the polar bear’s home is so much more than a barren, frozen land. It’s a world filled with life, adventure—and a new friend.

The Bear Report showcases the power of curiosity to fill any blank canvas, whether it’s an incomplete homework assignment or the Arctic ice.

a promise is a promise - michael kugusak & robert munsch 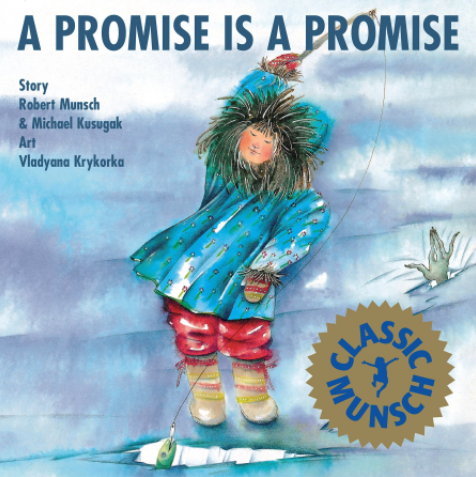 When Allashua disobeys her parents and goes fishing on the sea ice, she has to use her wits to escape the Qallupilluit - the troll-like creatures her parents have always warned her about that live beneath the frozen surface of the sea. But the only way to break out of their grasp is through an exchange: Allashua can go free if she brings her brothers and sisters back to the sea ice instead. Allashua doesn't want to give them up, but what can she do? After all, a promise is a promise.

A Promise is a Promise is a collaboration between award-winning storyteller Michael Kusugak and celebrated children's author Robert Munsch. This 30th anniversary edition brings all of the tension of the traditional Inuit story to a new generation of readers. Added features include a new foreword by Michael Kusugak on his role as a storyteller and the importance of storytelling in Inuit culture.

Ready to plan your next family vacation?