Road trip! Regardless of your destination, having some good ways to pass the time will make the journey that much smoother. Check out some of our kid-approved road trip games.

Maybe on your upcoming road trip you get lucky and you will have a carload of kids who sleep the entire time.  Realistically, that probably won't happen and you will need something to ward off the I'm bored! and Are we there yet?  With this in mind, we have put together a few kid-approved car games to help you get from Point A to Point B with fewer frustrations. 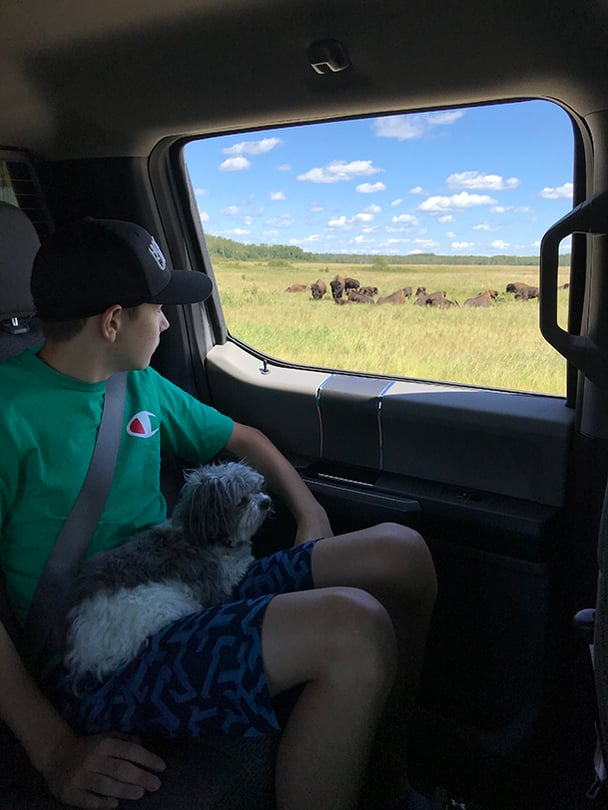 A classic game that can be adapted depending on the age of your kids. The premise of the game centres around one person acting as “The Spy” and the other players acting as “guessers.”

The Spy will pick an object within their visual range, this could be something in the vehicle, something on the horizon or anywhere in between, and will announce to the group, “I spy with my little eye, something that is yellow (or something that starts with the letter w).” Older kids who are practicing spelling often like to use the letter version, while the colour version works well for younger children.

The rest of the players take individual turns guessing what the Spy sees; the one who guesses correctly typically gets the next turn as Spy.

Everyone starts with a list of all the provinces and territories (or US States). A timeframe is set either using a phone countdown timer or a deadline, for example "before our next bathroom break". During that time players try to cross off as many provinces from their list based on the license plates they see, with bonus points being awarded if they see an out of country license plate. When the time is up the player who has seen the most provinces wins. This game can be played individually or in teams.

An alternative version of this game can involve the entire carload working together to see how many different license plates they see over the course of the road trip journey.

The "Starts with, Ends with" game

A game to help with spelling is Starts With, Ends With. A theme is picked  - countries or animals are popular choices - and players go one at a time using a system where they use the last letter of the previous person’s word to start their word. For example:

If a player cannot think of a word they are out and the next player takes their turn. Alternatively, the goal of this game can be to have the longest run; players can be encouraged to help other players by giving hints, for example referencing the continent a country could be in or giving facts about an animal, such as it waddles and loves the cold.

Reading can be a great way to pass the time on road trips, but if your kids get car sick or require help reading, a nice alternative is audio books.

The beauty of audiobooks is that they can also be used outside of travel time. If your family needs a bit of time to wind down before dinner an audiobook can do just that. Rainy afternoon? Play cards and listen to a few chapters of your audiobook.

Podcasts, similarly are a great way to inform and educate as well a nice way to help introduce everyone to useful information about your future destination!

Interested in adventures you can take with your family? Check out our Family Learning Adventures and explore Canada's North with your favourite crew.