Polar Bears International (PBI) is the world’s leading polar bear conservation group, dedicated to saving polar bears by saving their habitat. Focusing on research, education, and stewardship, PBI provides scientific resources and information on polar bears and their habitat to institutions and the general public worldwide.

Since 2000, Frontiers North Adventures has been a Platinum sponsor of Polar Bears International. To help PBI better accomplish their goals, Frontiers North supports PBI’s Tundra Connections®, and Field Ambassador Program, as well as provide PBI use of Tundra Buggy® One—a mobile broadcast and research centre we created exclusively for PBI’s use. Buggy One is outfitted with tools and equipment that enable polar bear scientists to study bears and broadcast their live Tundra Connections webcasts from the remote tundra, sharing up-to-date information on Churchill’s polar bears with audiences around the world.

Through our exclusive alliance with PBI, we provide an opportunity for our guests to learn first-hand from PBI species experts who join us on our Tundra Buggies and at our Tundra Buggy Lodge. Presentations add to the in-depth interpretation provided by our tour leaders and interpretive drivers, offering our guests with an opportunity to not just see polar bears but to learn about them in a way that will leave a depth of knowledge about these majestic animals.

Through our alliance with PBI we have collaborated on a number of other projects intended to inspire people all over the globe. 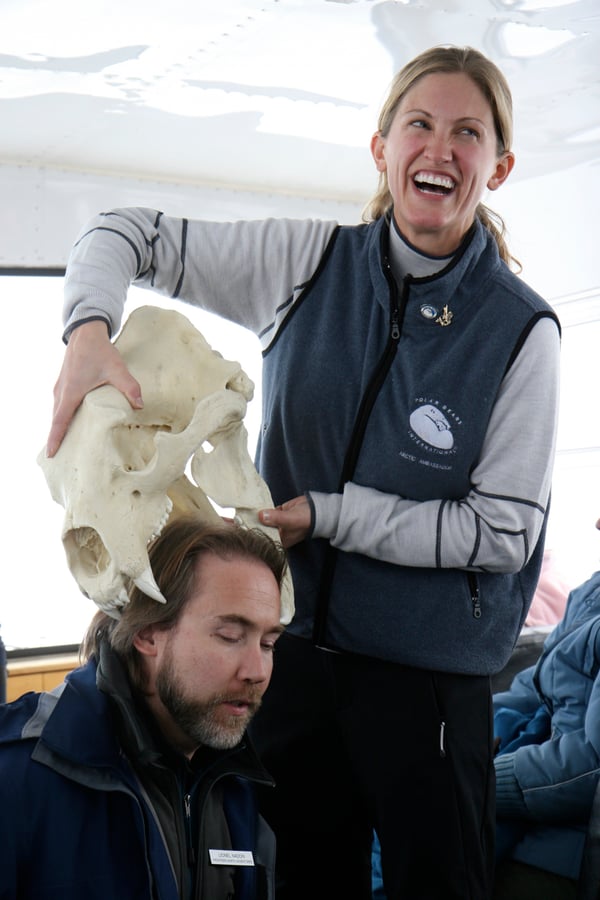 More than a decade ago we created polarbearcam.com, a site where viewers from around the world could see what we see during our time in Churchill. Over the years, the Polar Bear Cam has seen many variations – from still frame photos uploaded regularly, to short videos from the north and finally to live streaming directly from our Tundra Buggy Lodge - but the goal has always been to share polar bears with the world.

Thanks to our alliance with Polar Bears International and explore.org we are able to inspire millions of people around the globe by streaming live footage of Churchill’s polar bears during their autumn migration. Now, anytime you want to watch Churchill’s polar bears you can visit explore.org and check out the Polar Bear Cams either live during season, or playing back a compilation of the season’s best shots during the rest of the year.

Using Google’s mapping tools, people from around the globe can now explore the habitat of one of the world’s best-known polar bear subpopulations, all captured using a Google Street View Trekker mounted on a Frontiers North Adventures Tundra Buggy®.

With Google Street View, we are able to share wild polar bears with people all over the world that may never have the opportunity to travel to Churchill.

Armed with cameras, Frontiers North guests are able to capture photos of polar bears that approach their Tundra Buggy during the autumn migration. Shared with PBI, these photographs help develop a record of the health and condition of the polar bears in the area. The long-term monitoring study will also track the sex and age of the observed bears.

The data helps scientists get the big picture on the physical well-being of the population and allow them to track changes over time. Ultimately, the technique will allow comparisons among different geographic regions.

For more information on the Citizen Science Project, visit: https://polarbearsinternational.org/news/article-research/a-day-in-the-life-of-a-citizen-scientist/