Home > Blog > Being Bear-Aware in The Polar Bear Capital

Being Bear-Aware in The Polar Bear Capital

When you visit a town where sometimes the bears outnumber the people, you become very bear-aware, very quick. 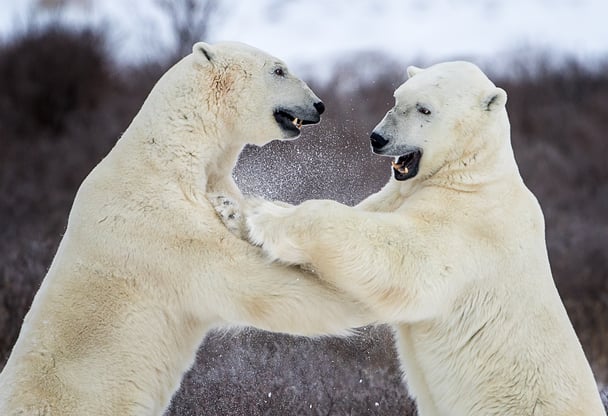 Living in Churchill, Manitoba, locals are made aware from a very young age that their town sits on the polar bear migration route along the Western Hudson Bay.

In winter, polar bears roam the frozen Hudson Bay as they hunt for seals. But when the ice melts in July, they start making their way ashore where they await the next freeze-up in November. Seals are their main source of food, so while on land, polar bears don't eat as much and try to conserve their energy. In autumn, polar bears begin to move north along the coast to where the first winter ice forms. This in turn brings many bears to the town of Churchill every year.

Polar bears are smart and learn behaviour essential for survival. However, some behaviour associated with the town of Churchill isn't necessary to their survival (like going through garbage) and can create a dangerous situation for both bears and people. To help manage this combo of bears and people, the Town of Churchill, Manitoba Conservation and Climate and Parks Canada have worked together to help maintain a high level of safety by creating the Polar Bear Alert Program.


A control zone around the town and former dump was established where no polar bears are allowed. When a bear enters a control zone, Manitoba Conservation and Climate first tries chasing it out of town with loud devices like noisemakers so that the bears continue to remain scared of humans and do not return to town limits.

A great example of how everyone works as a community to patrol the perimeter of these control zones is during Halloween - because having this holiday land right at peak polar bear season doesn’t stop the kids from having fun!

When a bear doesn't want to stay away and poses a threat, Manitoba Conservation and Climate will humanely capture the bear and put it in the Polar Bear Holding Facility (more commonly known as "Polar Bear Jail"). After a period of time, the polar bear is safely relocated by helicopter or released back onto the frozen Hudson Bay. This helps prevent them from learning bad behaviour. 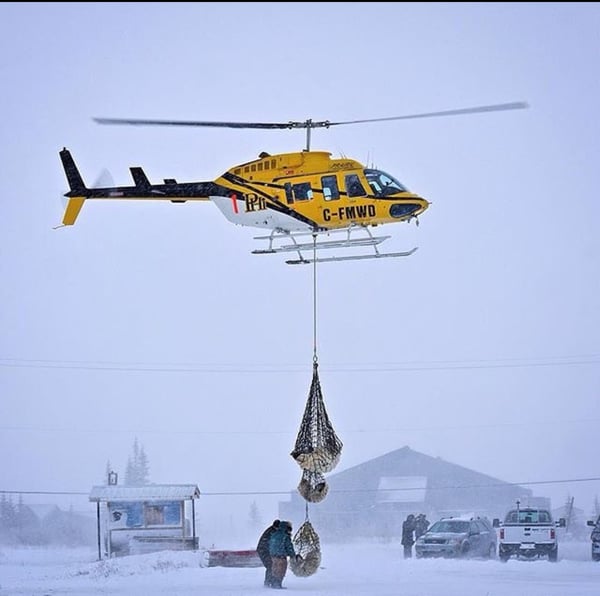 The Polar Bear Holding Facility has five air-conditioned cells which are used during the summer and a heated holding cell is available for orphaned bear cubs. Physically containing the bears during bear alert season allows Manitoba Conservation and Climate staff to protect the public and maintain the welfare of the bears at the same time.

The program works because the locals and visitors call the PBA Line (204-675-2327) when they see a polar bear in or near town.

The now very recognizable Polar Bear Holding Facility was one of the buildings that was painted for the Sea Walls project in 2017. In good conditions, you can see it as you leave the Churchill airport. People are not allowed to go inside, but it's usually a highlight photo opportunity on our Churchill Town and Tundra Enthusiast adventure.

The Polar Bear Alert Program relies on humans to be able to see bears approaching which works most of the time however, darkness and poor weather can limit their ability to do so. Polar bear scientists with Polar Bears International (PBI) have started using compact surveillance radar which is a combination of a radar/video integration to help detect polar bears in those conditions.

When talking about safer co-existence of bears and people, journalist Matt Bruce sums it up nicely,

"The bears are a major economic asset for the town and locals want them around—they just don’t want to bump into them on a downtown street corner."

We are proud and grateful that Churchill has been leading the way as an example for other northern communities on ways they can co-exist with these majestic animals by keeping polar bears and people safe. These programs help make it possible for us to welcome guests to the 'Polar Bear Capital of the World' to be able to witness polar bears in their natural environment while ensuring everyones safety. Viewing them from a Tundra Buggy® also helps with that!